Our last winter season Zookeeper movie night was a very special occasion, because we watched Zoombies (2016), a zombie movie set in a zoo, made by the studio culpable for Sharknado. Because this movie was set within a zoo, we the assembled animal care professionals devoted our exacting scrutiny to it.

First, Eden Wildlife Zoo—built as a "rehabilitation retreat for endangered animals”—appears to cover several square miles of gorgeously landscaped grounds. Pretty impressive for a place that hasn’t yet opened to the public, and with a keeper staff of four full timers and seven interns. No expense is spared, from incorporating GPS enabled microchips into all the mammals, to giving the security team a full complement of firearms, to putting the Eden logo on every piece of property in the zoo. To be fair, the realism of Zoombies easily beats out Kevin James’ Zookeeper.

The unfortunate event of a disease outbreak in the palatial zoo hospital (which in size and technology looks like a for-profit research lab) sets the movie in motion. The unknown pathogen can infect all mammals and birds except for two species that will be left unnamed in this review. Since animal care professionals are known to rush blindly into danger, it isn’t much of a spoiler to say that the full time keeper staff is doomed. That leaves our more naive and idealistic interns to cope with zombie lions and such.

It would be unfair deprive you of the joy of watching the staff dwindle one by one, so let’s concentrate on the zookeepers, since we know they are all toast. Each one provides a very bad example on welcoming interns to the job. Primate keeper Daxton barks at AJ " I’m guessing you’re the kid they stuck me with?” before thrusting a poop shovel into the student’s hands. Aviary keeper Chelsea begs the zoo director, “Are you firing me and replacing me with this kid?” And after relieving himself behind a tree, zookeeper Gus is skeptical of his eager intern: "You don’t look like the kind of girl who that wants to get dirty.” Not cool, Gus, I’m setting up a meeting with HR. 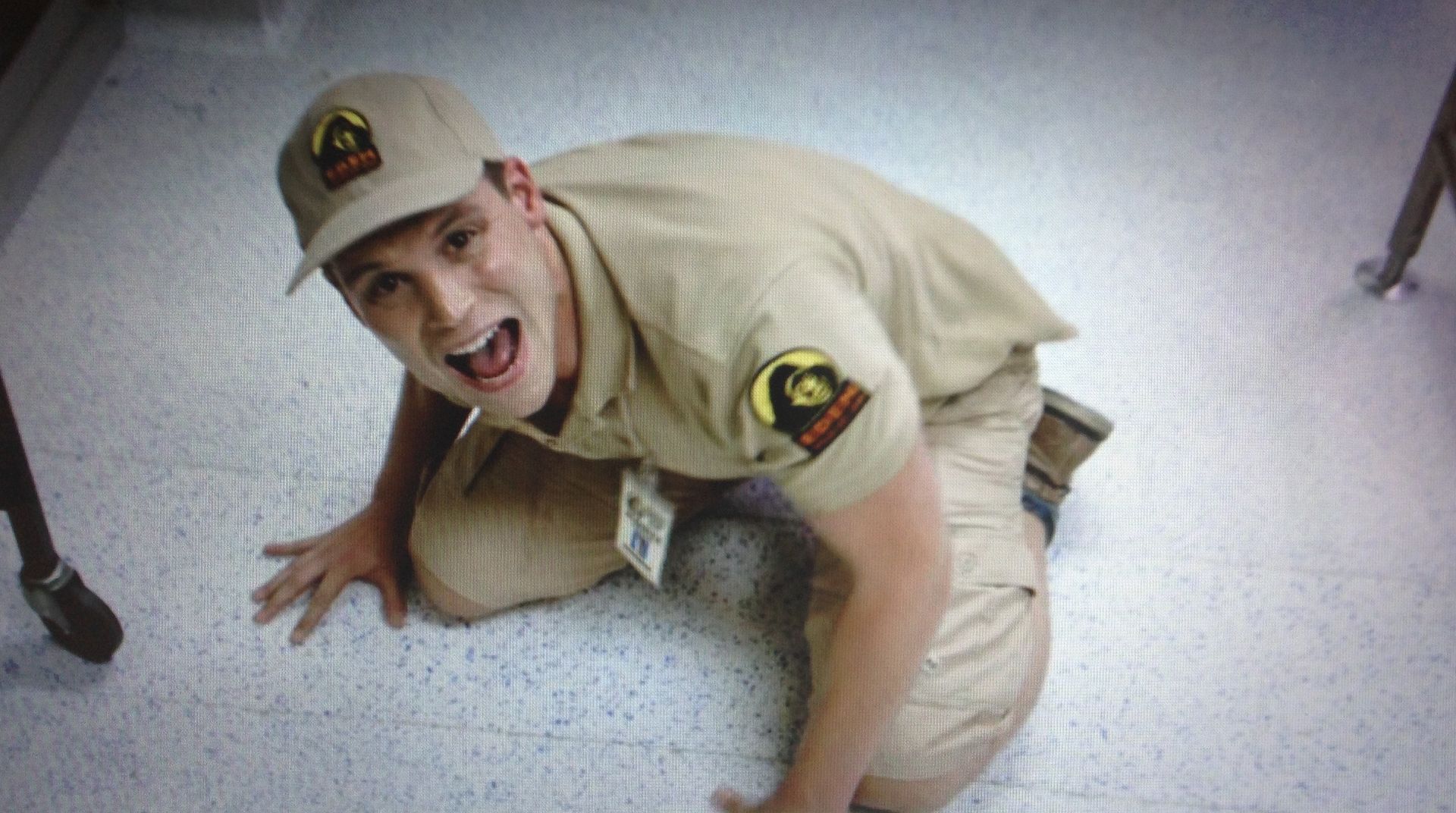 We can learn from Eden’s staff in other ways. Daxton ignores the flimsy wire fence protecting him from the cross river gorilla (the last in the world we are told—I guess things have gone poorly for the 300 that were still living in Africa), and instead hops right in with the great ape. Chelsea is so at home in her aviary, that she wears open-toed shoes while she works. You may get the feeling something bad might happen to her, but the chances are you won’t guess exactly what it is.

The gore effects in Zoombies are pretty fun, if you are into that sort of thing. The CGI animals on the other hand—well, there’s a reason that this movie studio brags that it’s never lost money on a release, they keep their computer animation budget pretty close to the bone. See the weightless elephants! Marvel at the police teams taken from clips from other movies and stock footage! Enjoy the hurried script, and yeoman’s work by unknown actors! Sure it’s all on the cheap, but once you see what the giraffes do to one intern, you’ll be glad you watched it.